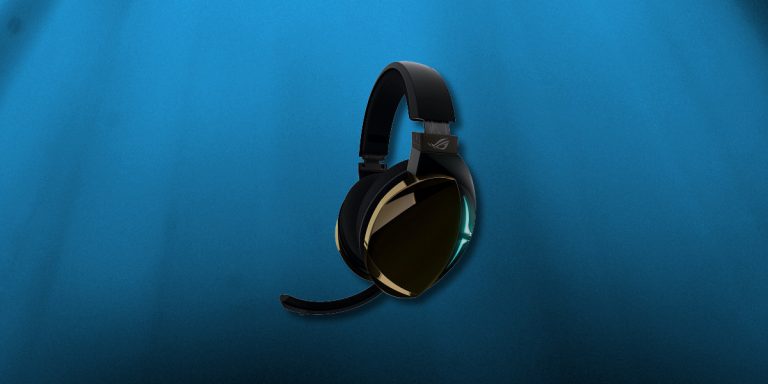 Summary
An excellent gaming headset with premium sound quality and a reasonable price tag. Even if you don’t need all the features you will enjoy the sound.
Pros
Clear sound with deep bass
7.1 virtual surround sound works great (not recommended for CS:GO)
Nice little premium features
Cons
No way to disable the touch panel (at the moment)
4

Asus is still mostly known for their laptops and computer parts, especially motherboards and GPUs, but the introduction of Asus ROG (short for Republic of Gamers) product family has made them a serious contender in the gaming focused peripherals business as well. The Asus ROG gaming monitors are actually one of the better ones out there.

What’s In The Box & First Impressions

The first look on the headset (after plugging in) sparked a mixed reaction: while they definitely look and feel expensive and stylish the LED lighting on a HEADSET just feels rather… unnecessary and gimmicky. Well, you don’t really look on a headset when using it so let’s leave it be without going on a longer rant. There is one specific feature about the LED that Asus uses for marketing, we’ll talk about it later.

As you’d expect from a gaming headset the Strix Fusion 500 connects to your PC via USB and you can use them on a PlayStation 4 straight out of the box too. The plastic surface on the phones will attract a lot of fingerprints so if you are neurotic about these sorts of things you better keep it in mind.

How Do They Sound?

To put it shortly, they sound great! The sound is clear, crisp and very easy on your ears, though it is a bit heavy on the bass as you would expect from a gaming headset. To state the obvious: by no means would we recommend these purely for music listening as there are plenty of better options in the same price range for that purpose – hifi headsets and gaming headsets are two different species for two different functions.

All in all, the sound quality is marvellous as you would expect with this kind of a price tag. There’s a high quality DAC (ESS ES9018) and an amplifier (SABRE9601K) built-in to the headset and according to a quick Google search the DAC module board sells at around $245 alone. We think that says quite a lot about the sound quality of this beast.

Just like with most new gaming headsets there’s a 7.1 virtual surround sound switch located in the left earphone. While the general consensus over the usability of virtual surround sound is still debated, we thought Asus did a good job with it. Especially in games like PUBG we genuinely felt gaining some advantage out of it – the sound cues where easier to pinpoint. With CS:GO however the whole 7.1 thing is just not worth using but this is the case with all headphones.

How Do They Feel?

Again, great. During a whole week of testing we noticed no ear fatigue or pressure whatsoever – not even on longer (8 hours plus) gaming sessions. The earcups are nice and both of the cushions feel high-class. The leather cushions naturally give you a better sound as they minimize all outside noises (and the audio from the headset does not escape). The Asus hybrid cloth ear cushions are more suited for situations where you want to hear better what’s going on in the real world.

The most futuristic feature of this headset is also found on the left side headphone – a touch panel for volume and playback. You just swipe your finger on the side of the headset and it works. Up and down for volume, left and right for changing the track and lastly tapping on the side will either stop or resume the playback.

The touch panel actually works well but if you are used to the multimedia keys on your keyboard you will probably not have any real use for it. If you don’t use any shortcuts then the volume control might actually be pretty neat. I use keyboard shortcuts and the only time it came handy was when watching a movie while lounging full JDM style (laid far back on the chair) with hands resting behind the head…

Ironically the biggest drawback of the headset is also the touch panel as there is no way to disable it from the software (at the moment anyway, hopefully it can be patched). For the first few days it was the rule rather than the exception that I would accidentally tap the side of the earphone thus making a song start playing. It’s not a deal breaker though as you get used to it pretty fast though and learn to remove the headset without touching tapping the touch panel, but mistakes are bound to happen occasionally.

The sound of the microphone is clear but nothing ground-breaking. A small detail that we really appreciated was the mute indicating clicking sound that you hear when you lift it back to it’s hole. No longer do you have to get doubtful about whether your stream can hear everything you say if you get unexpectedly interrupted by a family member for example. Once again, nothing you couldn’t have solved with keyboard shortcuts but they all add to the premium feel of the device and make life a bit easier.

As mentioned above both of the earphones have integrated LED lights in them. You can control the colors with the Asus Aura software and one selling point for the headset is that you can sync your team’s colors at LAN’s for example. If you have a thing for LED lights then this might be a nice feature but other than that… it’s just another pointless gimmick. 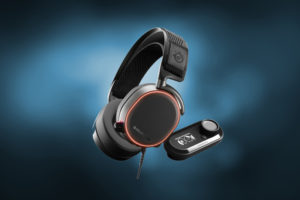 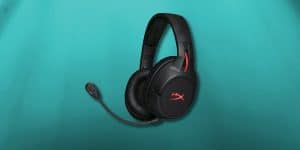 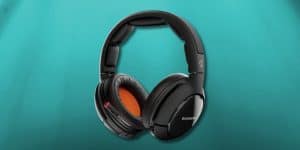