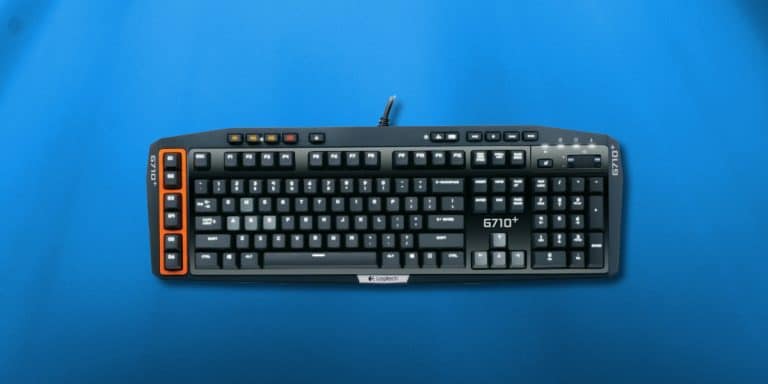 Summary
Logitech G710+ is a great keyboard for gaming. A bit pricey maybe, but if you are looking for quality that will serve you for years, go for it.
Pros
Typing feels really responsive
All the additional keys you might need
O-rings dampen the sound
Great build quality - no squeaking or creaking
Cons
Rather nerdy looks
4.5

Logitech announced its first mechanical keyboard, G710+ in 2012 and since then it has become sort of a classic among gamers. With the G710+ Logitech found the perfect balance in terms of features while still remaining comfortable to use in every situation.

My first touch with mechanical keyboards was Filco Majestouch 2 Tenkeyless, which I’ve referred as the Mercedes of keyboards to my friends who always keep asking me why I’d put so much money into a keyboard that looks like it costs 10 dollars.

The thing with Filco is that it has no fancy features or design – only the absolute essentials, but the built-in quality is top of the line and the keyboard will serve me for a good part of the rest of my life. Thinking of the hours I spend using the keyboard it’s hardly an investment.

Logitech G710+ is something else though, it’s a pure gaming keyboard suited for all sorts of games, CS:GO included obviously.

Logitech G710+ comes packed with both programmable buttons for gaming purposes – the so called G keys – and multimedia keys. More importantly its built with Cherry MX Brown switches and O-rings to keep them quiet.

Overall the keyboard is designed with gaming in mind – it’s not very stylish to be honest. If you are looking for a keyboard to compliment your neat decor then G710+ might not be your choice. For us gamers it’s neat enough.

It also comes with one of the more underrated features in a keyboard – a USB port. Having a port quite literally in your hands is a thing you’ll never miss before you have one. It’s also handy in LAN environment where you usually have to get creative with cable positioning and such.

Logitech promises that the keys on G710+ are “whisper-quiet”. Well, anyone who ever has used a mechanical keyboard knows that this is not exactly true but the Cherry MX Browns with O-rings are quiet enough while still remaining very responsive. For my taste the brown switches are in perfect balance for both writing and playing.

The LED backlighting is divided in two zones and adjustable in four brightness levels. For all you LED loving teenagers I have bad news though: no gazillions of colors available, just one.

Instant media access keys are nothing special but if you like listening to music while playing or between games they come in handy. The volume keys are always useful even in-game.

The six programmable G-keys are in prime position whether you want to use them for buy binds, controlling your Twitch stream or spamming the in-game chat with stupid say binds. The possibilities are endless. There is even a key for disabling and enabling Windows key while you are playing so that you don’t end up in your desktop mid-round with an accidental key press.

In the following video you can hear how it sounds in action (single presses, typing and some deathmatch):

Not recommended: for decoration enthusiasts to compliment your iMac setup. 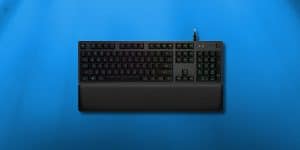 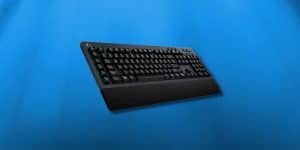 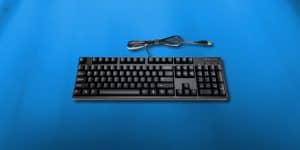